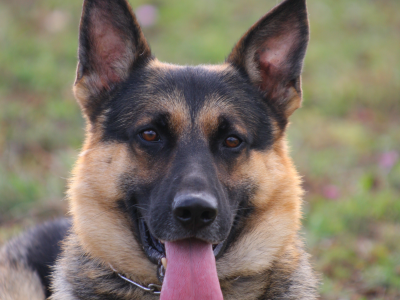 In 2014, Hades completed his sixth year on the road with Patrolman Rob Henderson, serving the citizens of Wooster and Wayne County as a dual purpose canine team.  Hades continues to be instrumental in the apprehension of fleeing suspects and in narcotic investigations.  Throughout 2014, Hades assisted the Ohio State Highway Patrol, Medway, Wayne County Sheriff’s Department, and other departments within the County with narcotics investigations, tracking of suspects, runaways, lost victims, building searches, and article searches. Hades was a key factor in multiple drug seizures as well as convictions in many cases and also assisted with the safe return of those lost or missing.

Demonstrations of Hades' abilities were showcased to several organizations, groups, and schools in 2014 to include the Wayne County Schools Career Center, University of Akron--Wayne College Criminal Justice classes, the City of Wooster City Council and the City of Wooster Administration.

In June 2014, Patrolman Henderson and Hades certified as a dual purpose canine team through the Ohio Peace Officer Training Commission. In October 2014, Patrolman Henderson and Hades attended the International Police Work Dog Association conference in Indiana where both were certified again as a dual purpose canine team according to their standard.

Patrolman Henderson and Hades look forward to another rewarding and successful year in 2015.